This study evaluated whether children were more knowledgeable and prepared for hazards generally but also in more specific relation to the rollout of a new tsunami warning system. Using a pretest–posttest with benchmarking design, the study found that following a brief school education program, supplementing a larger community-wide effort, children reported significant gains in preparedness indicators including increased knowledge as well as increases in physical and psychosocial preparedness. Within group effect sizes compared favorably with those from the previous experimental study in this area used to benchmark current intervention produced findings and produced hints that combining school education programs with larger community preparedness efforts can enhance preparedness. Given that this is only one of two experimentally-based studies in an area of research largely dominated by cross-sectional designs, future research should consider the use of experimental designs, including those that are pragmatic and fit with needs of the school. The current approach has limitations that need to be considered. However, it also has some real advantages, including being used more extensively in fieldwork studies that evaluate various types of interventions. Through increased use of experimental design strategies, researchers can then also have increased confidence that educational programs are the source of increases in disaster resilience in youth and their families.

The current research also used a quasi-experimental methodology, conducting tests both before and after a hazard’s education program, and was designed to replicate aspects of that one other study that used a pre–post methodology.

In this particular fieldwork study, getting a comparison condition from the same community was not considered feasible in light of the fact that the preparedness educational materials were disseminated both through schools and through public channels. That is, even if school educational material were restricted, children were likely to have been exposed to some educational material disseminated through community-level sources (e.g., local radio) or from classmates in the experimental condition. In addition, it was deemed difficult to do a comparison group strategy where additional work would be required from the schools.

Taken together, the findings of the current study provide quasi-experimental support for a brief school and public education program in assisting children to become more aware of a specific new warning system as well as more general emergency management principles. In addition to increased awareness and knowledge, children also reported more preparedness at home, including protective and risk mitigation behaviors designed to reduce risk for accidents and injuries and other consequences of exposure to a tsunami or other disasters. 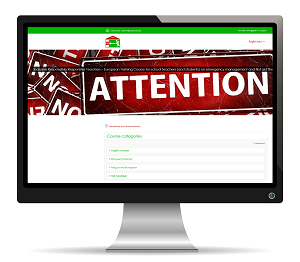